I’m a TV presenter and journalist who speaks five languages and has made documentaries for the BBC, HBO and several other channels. I’ve always been fascinated by people who think differently from me, so I’ve tried to get to the bottom of that with such eccentric and controversial characters as an abusive exorcist, a religious pro-lifer and a UFO believers. Nothing compares to the feeling of finishing an edit, after months of working on a story.

Where did your love for making documentaries begin?

As a teenager, I was really into not only Louis Theroux, but writers like Jack London and, later, Jon Ronson. While most people around me seemed to be thinking in such polemic and divisive ways, here were writers looking to get to the humanity of much-maligned and ostracised figures. My first writing gig was a job at The Sun, and they let me practice working with a camera. I didn’t much care for the newspaper, and went off to Colombia to start learning languages – I found the way that presenters talked to foreign interviewees through interpreters a little old hat, and wanted to change things.

Where did you grow up and has it influenced your work?

I grew up in Elstree and Watford. My parents divorced when I was 9, and my dad moved to Edgware and, later, Barnet. These are very multi-cultural areas and I was lucky enough to go to school with people from every conceivable background. It taught me from a young age to really try to see people for the fascinating individuals they are, and to look past ideology.

Does where you currently live influence your work?

Highgate and Muswell Hill are gorgeous, and the great thing is, you’re never far from creative types. There’s a posh, exclusive side to Highgate, but there are also a lot of artists and bohemian types who rent rooms in rustic old mansions. I lived next-door to my cranky neighbour for a year before he invited me in one day to show me a film he’d made with Danny Dyer. On the other side lived a fashion colourist whose job it is to tell people what colours to wear. ‘Autumnal,’ she told me. ‘Tomato red.’ I went and bought a red jumper and never wore it. The other thing is that you’re never far from genuinely inspiring people – just up the road is the tribute to George Michael, while plenty of bars in the area were frequented by Amy Winehouse and Pete Doherty.

What is your proudest achievement to date?

Being friends with Ideal Flatmate co-founder Tom. Seriously, I’ve been able to keep the same core group of friends since I was five years old – Tom included – and that’s something you can’t buy. At the same time, I’ve lived in ten different cities around the world, so I’m also proud of the diversity of friends I’ve been lucky enough to make. I’m able to be a totally different person in each language and friends group.

Actually, screw all of that, I’m most proud of my exorcism documentary going out on BBC 3. Before the Beeb bought it, it got into festivals and I got flown to Texas to watch it in a big cinema there. Over a million people have seen the documentary on the BBC, but nothing compares to sitting in that cinema and hearing people laugh and recoil.

I don’t want to sound like a broken record, but again, I’d have to say my friends. It’s very rare that I idolise anybody I don’t know. Maybe the exceptions are people like Gervais, or writers like Zadie Smith or Margaret Atwood, who are heroes to me. But when I release a new video, I’m thinking about my family…my brother Michael is one of my biggest (and only fans), and my closest friends. It’s very tough to make any money in this industry, but knowing that the works I make will go out to my friends, family and new viewers/subscribers on my YouTube page makes the 20-hour work days worthwhile.

Where is your favourite place to eat/drink in London

I’m not a big drinker, but I do like my food. I’ve been vegetarian for a few years now, but the veggie option at Honest Burgers in Kings Cross brings me back to my years by the asados of Argentina. You’ll also often find me catching up with Tom at the Brewhouse Kitchen on Highbury Corner.

Where would you recommend people to visit in London

Not the city centre. I’d just say, wait for a sunny day and walk through the entire labyrinth of parks. I love ambling along the banks of the canal by Camden. People are always surprised by how green London is.

What are you working on at the moment?

Since lockdown, a lot of TV production has been put on hold, and the industry’s been spiralling into decline for a few years now. So, I’ve just started my own YouTube channel. It’s far more work than I imagined, so I’m up until 4am most nights, but it’s extremely rewarding. Given that, I’d really appreciate if you do feel like subscribing etc at the below link!

I’ve just written a book about pedophilia that I hope to publish soon (I’ve had some crazy experiences with people I’ve been investigating) and just finished a film about abortion that is now with a sales agent and expected to go on a festival tour.

If you could live anywhere in the world, where would it be?

There’s no place like home. There’s no place like home…I think the older I get, the more I like the idea of settling and raising a family near my own family. My partner is Argentine, and is quite traditional – I’ve stolen her from her own family and feel bad about that, so the least I can offer her is my kin. I’ve already lived in Argentina, Brazil, Colombia, Deutschland, England and France. I’m doing a bit of an alphabet thing (if you’ll excuse the native translation of Germany). But, I’m in my 30s now, and would maybe like to move somewhere a little further out and more affordable, and there are some nice parts of Whetstone where my friend Josh just moved, for example.

What makes London stand out to different places?

The greenery is great, the inclusivity…but – and this is more of an English thing – the sense of humour is really something. People knock London because it’s the capital city, and that’s something that happens in every country. There’s always a perception that the capital is somehow greedy, too fast-paced and, I guess, cynical. I know people will disagree (vehemently) with me, but I don’t see London like that at all. I’ve always found the people extremely agreeable, polite, funny and helpful. Of course, there are about a bazillion people, so you’ll get all kinds.

What is the most important and significant spot for you and why?

Aside from White Hart Lane (eugh, footie chat…), I’d have to say South Bank. I know it’s not very original and I know the Kinks and whoever else have eulogised it enough. But, it’s where I had one of my first dates with my partner. We were both living in Argentina back then, but happened to be in London at the same time. We walked along the riverbanks in the snow, which was a huge contrast to our first date, which had been at a polo raunch in the peak of the Argentine summer.

Any hidden gems in your area?

The Village Square Karaoke Bar is a really low-key joint that you’d miss if you didn’t know about it. I went to a few really cool birthday parties there that were actually…fun!

Are there any pieces of your work that reflect a certain place in London?

Most of my documentaries are abroad, because that’s my niche – languages. But I am from London, and in each film I’ve made, I’m the proxy through which the audience can see these foreign and eccentric characters. You can take the boy out of London…

Recently, I did a podcast I’m really proud of – it’s on my channel – with Emily Green, who escaped the Hasidic Jewish community. If you listen to that, you get a real sense of what it’s like in Stamford Hill, a part of North London so shrouded in sect-like religion – both Jewish and Muslim – that it’s quite unlike anywhere else in the world.

Where to find ANDREW GOLD

My Docs and Pods: https://www.youtube.com/channel/UC3aiQJmnJ8wamobGcsBz6Ww?

You can also get my podcasts on Apple Podcasts, Spotify and other platforms.

My Community Is... featured artist

My Community is...
with Andrew Gold

View all My Community Is... artists 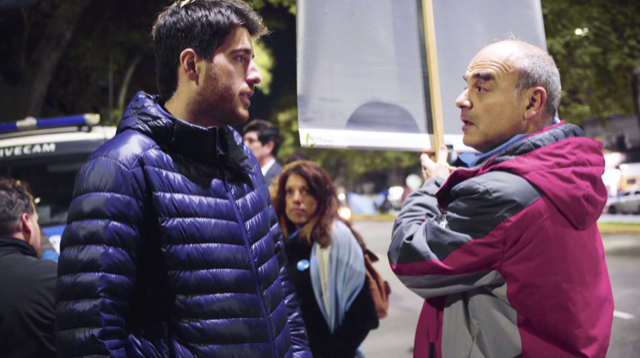 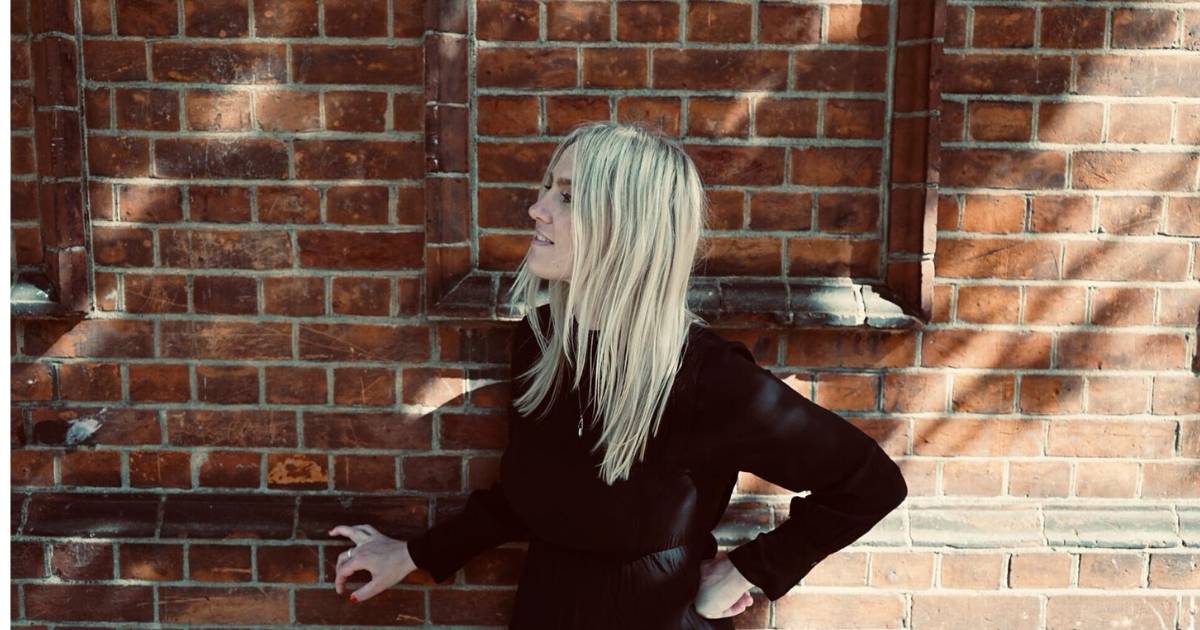 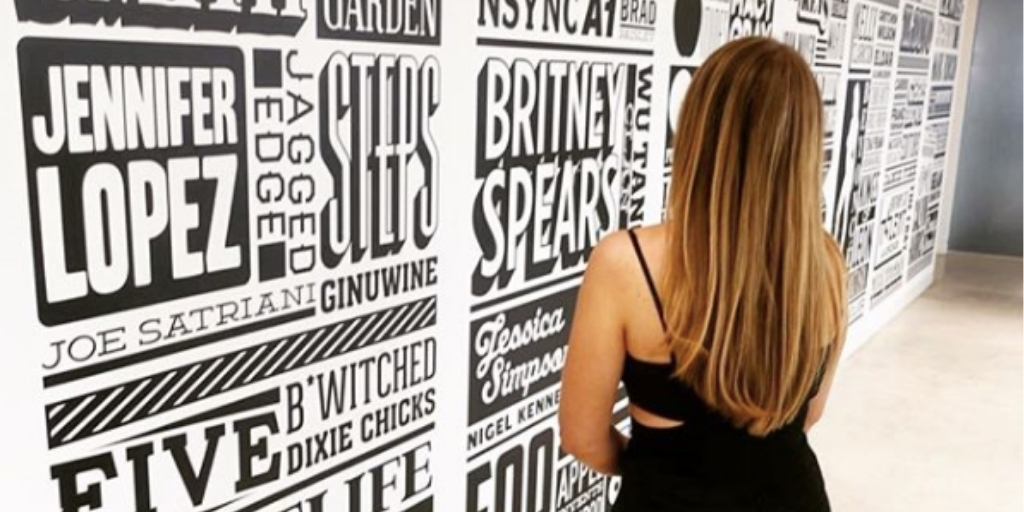 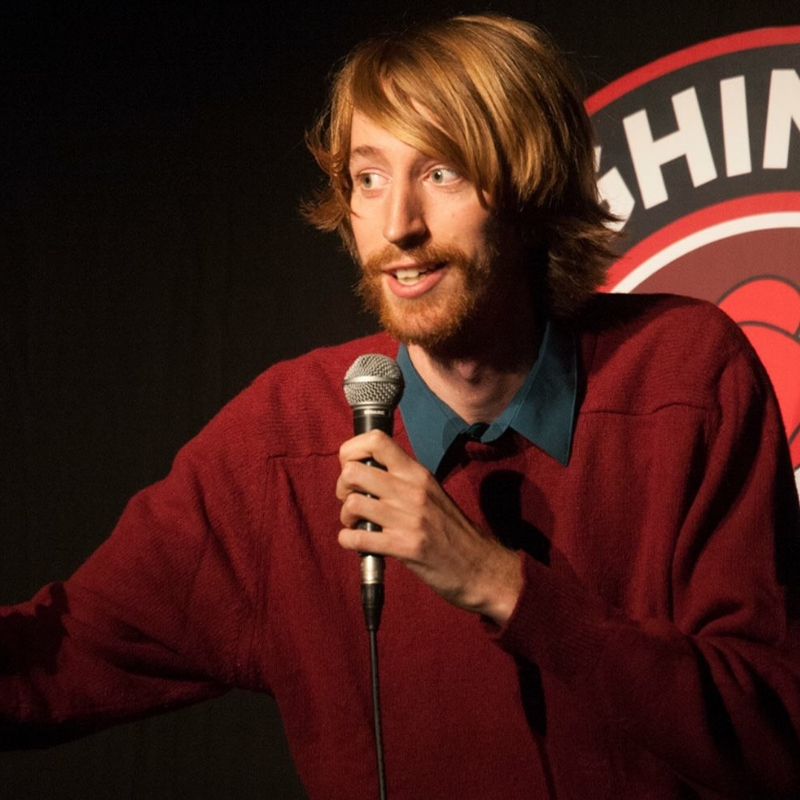 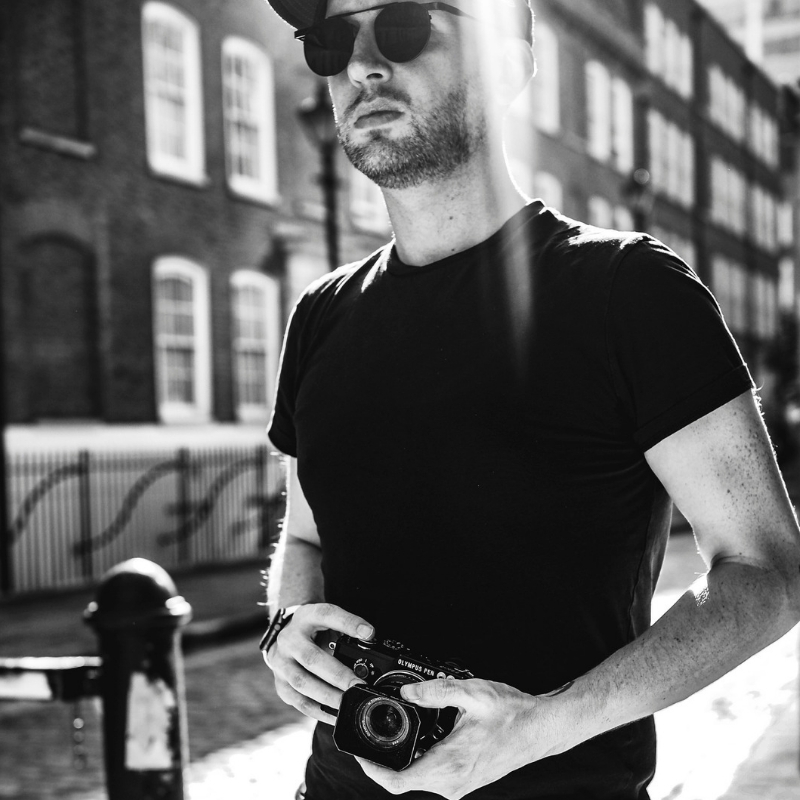 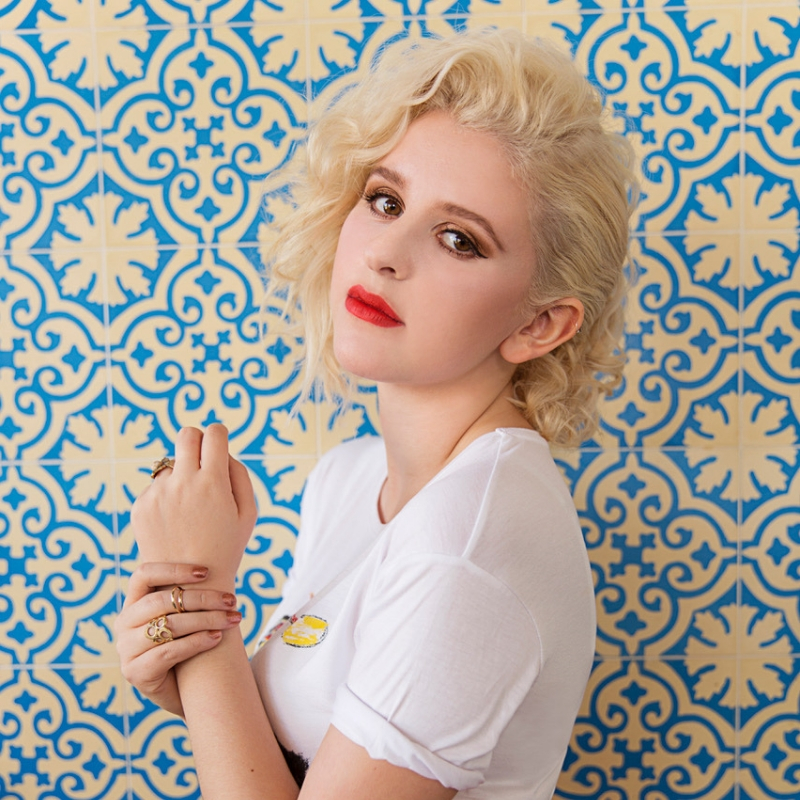 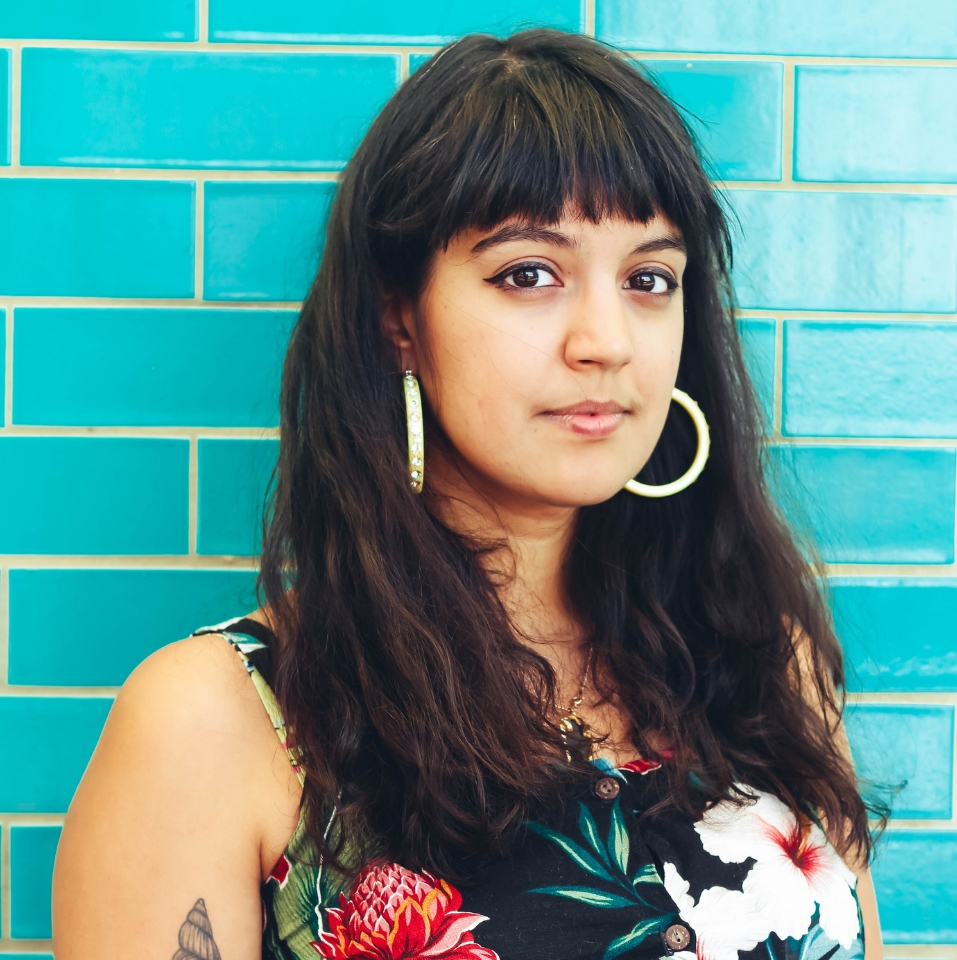 On the hunt for a room to rent