Where to watch? Sky Sports Main Event from 10 am. Highlights will be aired on Channel 4 at 11pm 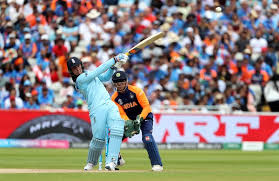 We are very excited for this highly pressured match where if England win we will be guaranteed to make it through to the semi final. However, should England lose then other results must go the hosts way though in reality England need to win to progress.

Both sides will be keen to win the toss, England have lost 3 matches so far in this tournament and these 3 occasions England batted second against Pakistan, Sri Lanka and Australia. England will have this in mind if they win the toss and recent history would suggest that the obvious choice would be to bat first. However, the concern about batting first will be if the wicket is green and there will be a movement for the bowlers to play with especially in the first hour or so. England will want to score around 350 to feel safe though they will need to be careful not to lose early wickets.

New Zealand who are sitting 3rd in the table can not sit back and relax as defeat could see them miss out on the semi finals with Pakistan only 2 points behind and a big win could see them overtake New Zealand on net run rate. After a very strong start to the competition where New Zealand were unbeaten for the first 6 games they have hot a mini patch of bad form losing their last 2 games. Their last 2 games were defeats against Pakistan and Australia where they just like England failed to chase successfully a total set by the same opponents.

With the pressure being so high for both teams to win and the toss being crucial in the minds of both teams I can’t wait to watch this game.

I expect England will win the match with the backing of the home crowd, though admittedly I am biased and want to see an England victory. England will have to perform at their best to win the game as New Zealand are more than capable of winning the game.

Players to look out for:

For England to set a big total eyes will be on the batsman who can score fast and big, I would watch out for Jason Roy to come out of the blocks fast opening the batting and watch out for Jos Buttler’s explosive batting further down the order.

Watch out for England’s two top wicket takers from this world cup pace bowlers Jofra Archer and Mark Wood who have taken 29 wickets between them and I can see them both adding to this total.

I am looking forward to watching New Zealand’s star batsman Kane Williamson who so far this tournament has an amazing average of 113.5 though he will want to pick up his strike rate against England which has been 78 so far and will look to score closer to a run a ball.

New Zealand will also look to their pace attack to take English wickets and they have 2 quicks to look out for in Lockie Ferguson and Trent Boult and they have a remarkable 30 wickets between them. England will do well to stop the kiwis adding to their tally.

Please let us know your thoughts on the game below in the comments section!